skip to main | skip to sidebar

In case you're curious 铃 (Ling), as in the title of this post, means "bell."

The Holiday Season has come and gone for the most part, and I hadn't yet posted anything.

Well, I was going to post shortly after Christmas, but then it turned to New Year's, and I decided to have one combined holiday post.

Also on the docket today, I finally got in some of the photos from my modeling. My personal opinion: I needed a haircut, and the orange striped shirt they had me wear is atrocious.

Well, I may as well lead off with that. I already posted about the modelling, so if you hadn't read it you can check it out here. Without further ado, here are the pics: 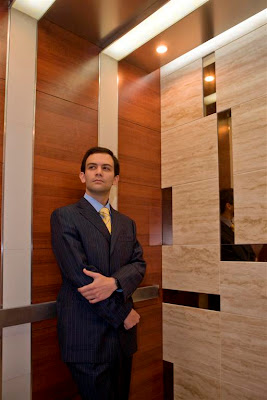 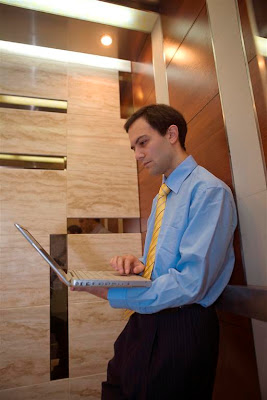 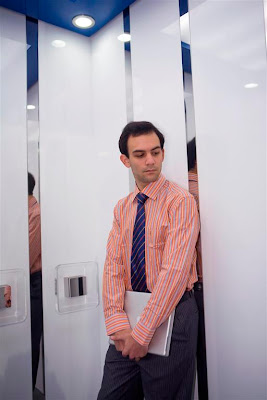 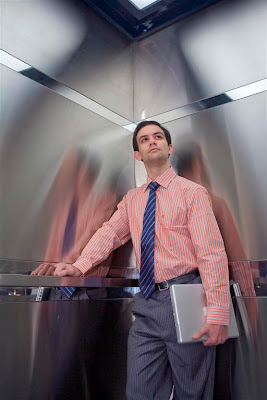 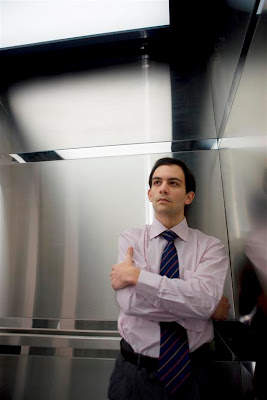 So I did actually have to work on Christmas Day, but it was just one class at 8 AM, which finished at 9:40, so the rest of my day was free, just like any Friday. Unfortunately, I couldn't spend the day with Jean since she had to work. But my foreign friends were having a Christmas party and I was invited, so that's what I did. Paul the Canadian invited several others over to his house for dinner, and he provided all the food, save for the wonderful desserts a la Ellis.

Sorry I don't have any photos from Christmas, I didn't bring my camera and (gasp!) neither did Ellis. Paul prepared an excellent roast chicken, and after dinner, a few of us sat around and played "Truth or Drink", a slight variation on "Truth or Dare", and which was fueled on by the inexplicable enthusiasm and raunchiness of one Korean exchange student named Ding-Ding.

The next day, Saturday the 26th, Jean came to Huzhou where we exchanged gifts. Now I had actually made an online purchase of some luggage that she had asked for, but it had not yet arrived. (On a side note, still haven't purchased y'all's gift for Jean, Mom & Dad.)

Luckily I was not completely empty-handed in the gift department as I had furtively bought her a toy penguin I had seen her play with when we were in a supermarket one time. 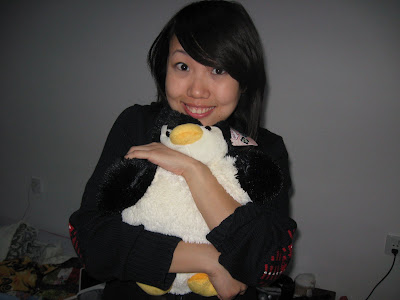 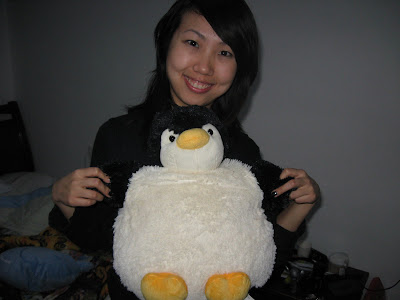 Recently, Jean and Ellis have been becoming better friends (Ellis keeps joking that I had better "watch out." At least, I think she's joking... right, Ellis?). Anyhow, Jean bought a little something for Ellis, a interesting slide calendar. It's difficult to describe, but the best way I can think is to imagine a Swiss Army knife except each of the blades is a month of the calendar. Also, much larger than a Swiss Army knife.

I mentioned to Ellis, not what Jean had gotten her, but that Jean had gotten her a little Christmas gift (as a heads up), and so Ellis also got Jean a little gift as well. It was a notepad. But not just any notepad. In its original package the notepad looks like... a package of Salmon you might buy in a grocery store. Yeah, it's definitely different, but in a good way I think. Jean mentioned she's not sure she wants to open it, because the package is all part of the presentation. I tend to agree with her. 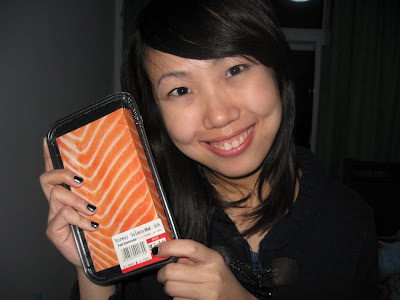 As for me, Jean got me a new electric razor, and a pretty darned spiffy one I might add too! She may have gotten the idea when I mentioned I'd had my old one since high school, about 10 years old now. The new one she got me has the swivel heads (that will pivot to the contours of the face) and can be washed under running water. I've used it several times now since Christmas and this has turned out to be a really fantastic gift! Thanks babe! 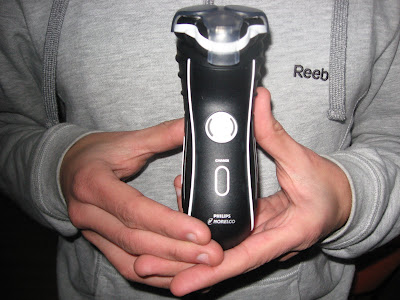 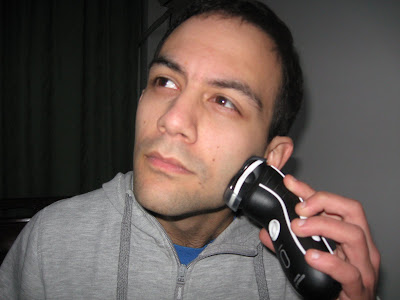 Also pretty interesting, even though it wasn't "technically" Christmas Day, on Sunday morning December 27th (still Christmas weekend) it was snowing! Now maybe I'm just a bumpkin from the South, but consarnit, I can count the number of times I've seen snow actually falling in front of me on one hand, so when I saw this, it was pretty cool. And you could, with a reasonable stretch, even call it a Christmas snow. I took a video of it, and I've posted to YouTube here.

Finally New Year's. Alas, once again I couldn't spend a holiday together with my sweetheart. She works for the City of Hangzhou, Shangcheng District Finance Office. And in China, if you work in a government finance office, or in any bank, you spend New Year's Eve working. It's the last day of the fiscal year, so there's many things that need to be done, and they stay at the office all night. From what Jean has told me the office leaders take everyone out to dinner, and then they go back to the office and go back to work until midnight.

The calendar New Year's Eve is not the "big" New Year's Eve in China, so while those workers would rather not be at work, it's not the same injustice that it would seem to be back in the states. (Chinese New Year, now that's a horse of a different color.)

So, Web English, the company I work for part-time, was putting on a show that night and they asked me if I wanted to attend. Since I had no other plans, I said, "Sure."

The show/party began at about 7 PM and went on until about 10 o'clock. Brandon (an American teacher at web) and I had a short performance onstage, a poem recitation. We recited a short Chinese poem about the city of Huzhou.

To roughly translate (and I do mean "roughly", this is poetry after all. If any of my Chinese friends are reading this, please forgive any errors) it says that the orator has seen beautiful mountains and rivers and such scenery, but that Huzhou is the only suitable place to live.

The students from Web also put on several different performances, and did a pretty good job at that. Here are some of the photos from the event.

Here several of the teachers are receiving awards. Yep, that's right, I'm the only one wearing jeans at this formal event. In my defense, I didn't formally receive an invitation which formally said it was formal dress. Also, if I had, I don't have any black pants here in China. 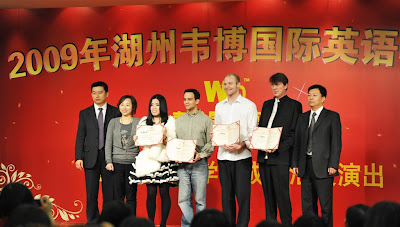 This is me, Apple, and Brandon. Apple is the manager of the teachers, basically my boss, and, unfortunately for her, in charge of coordinating the whole event. 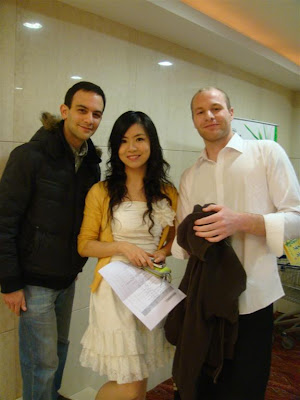 Here are Brandon and I during our poetry recitation. 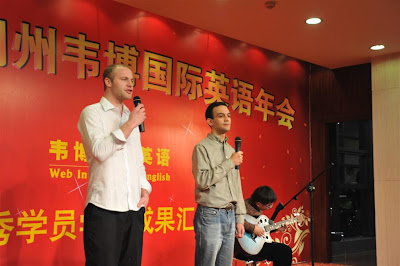 This is Steven, a Londoner, replete with thick cockney accent, one of my colleagues at web, enjoying himself to the open bar. (I gotta say, the first time I met the guy, he was tall and lanky, and reminded me of the tall, lanky henchman of Cruella deVille in "101 Dalmations." Then, lo, when he spoke, I found that his voice was every bit as cockney as I had expected.) 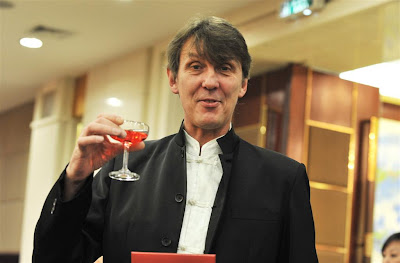 Here is one that the photographer snapped when I wasn't looking. Nothing special happening here, I just think it's a good picture of me, which is pretty rare, I usually hate my pictures of me. 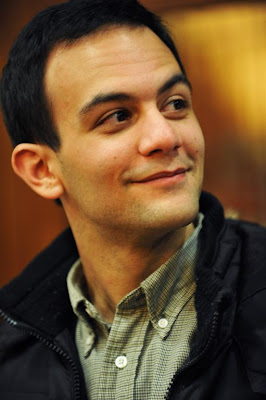 After the party ended several of us from Web (foreign and Chinese alike) headed over to the Forest Bar (a bar in Huzhou) and met up with some of the other Huzhou foreigners already there. We then proceeded to try and catch up to them in drinking. Not long after we counted down and rang in the New Year. I then went to Hangzhou the next day to spend the New Year's Day with my girl.
Posted by T.J. Tillman at 11:16 PM